“Living in a truck with all your belongings or in a tent next to piles of trash… it’s not human. We need help.” 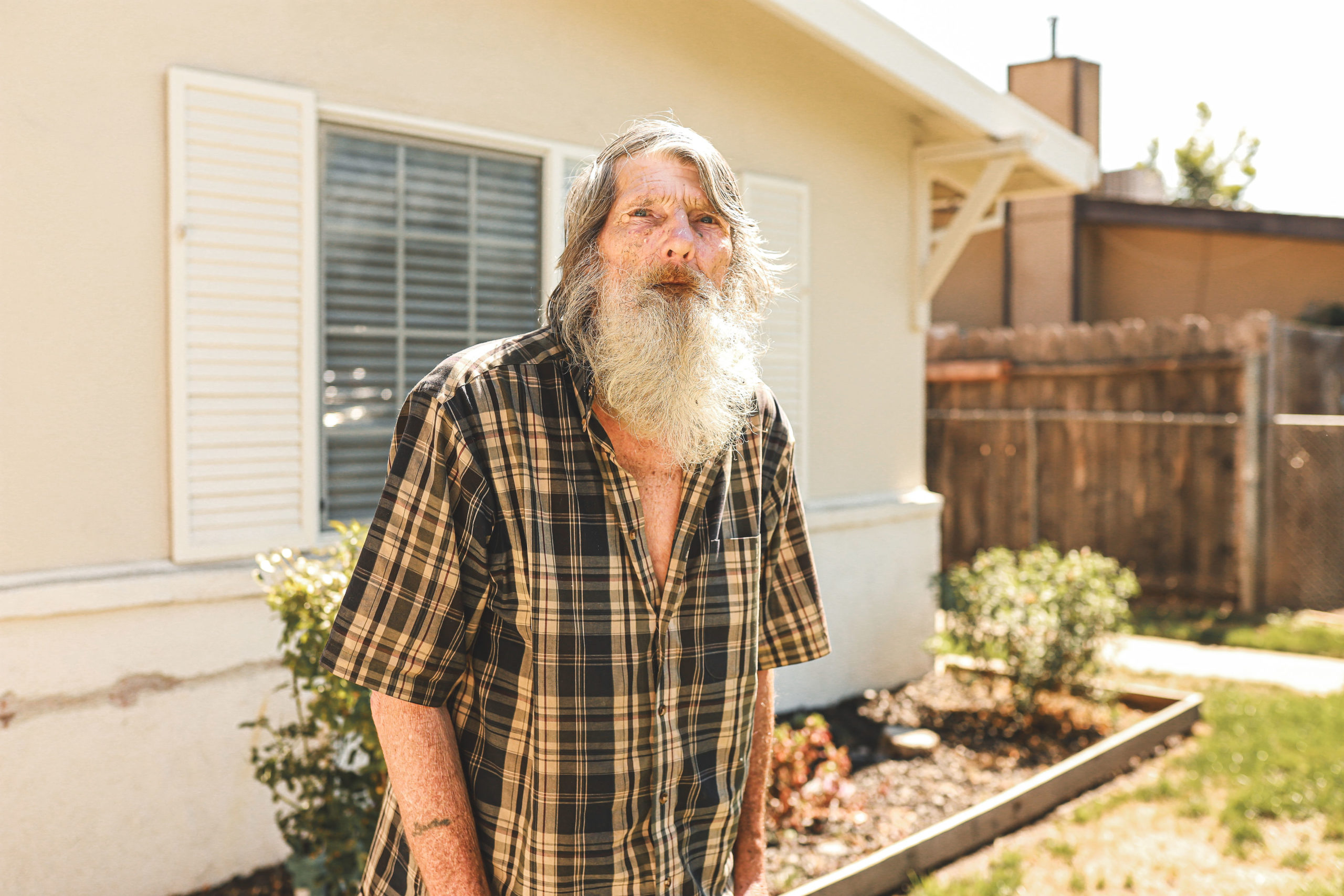 “Living in a truck with bags of your belongings or in a tent next to piles of trash… it’s not human,” says Dave, a 75-year-old formerly homeless individual.

Dave describes being homeless as a dehumanizing experience “like the zoo. [People] drive by, then complain about us on Facebook. Some people will come by and give me five or ten dollars. Some will talk about religion with me. Sometimes they’ll come by and take pictures of us. It makes you feel small.”

Dave — like anyone — never expected to become homeless. He lived in San Bernardino working as a truck driver for about 20 years. In 2016, Dave’s friend offered him a job as a caretaker for a 600-acre ranch in Walnut Grove and Dave jumped at the opportunity. On the ranch, Dave lived in a 38-foot trailer and all went well until he fell from a ladder while fixing a barn door in 2017. While Dave was hospitalized, the owner of the ranch packed up Dave’s belongings and left them in his truck in the hospital parking lot. Just like that, Dave found himself suddenly homeless.

Dave spent nearly 5 years without a permanent place to call home. He lived out of his 1967 blue GMC pickup truck parked east of the 99 highway in Lodi, California. He was miserable. “Sitting in a truck and living in a truck takes a tear on you. But you can’t complain when others have it much worse.” Dave receives $900 a month from SSI. After paying bills, he is only left with $200, not nearly enough to rent an apartment. Dave shares with the Housing Justice Coalition, “I’m basically broke after I pay my bills. There’s nothing left over.” He would sleep in Walmart parking lots and eat at local fast-food restaurants. Lodi PD noticed Dave and took it upon themselves to understand his situation. They found Dave a furnished hotel room in South Stockton through Project Roomkey. Dave shares that Lodi PD has “been good to me. They’ve tried to help me out.” While in Stockton, Dave was connected to a permanent supportive housing opportunity through STAND Affordable Housing. He took the offer and moved into a 3 bedroom and 2 bathroom home, which he shares with 2 roommates. He has access to services tailored to his needs and feels safe knowing his placement is permanent. He loves it. “The homeless encampments are growing more and more out there. If we could only get more people into places like this.”

After five long years, Dave finally has a permanent space to call home. “I can breathe again, stretch out and roll over on my left side without kissing the back of the car seat.” Dave adds, “I feel human again.”